Hamstrings Got You Hamstrung … ?

Hamstring injuries can be really debilitating. Whether you are running around a sporting field or just in the garden, hamstring pain is something you can do without! Let’s walk through the basics, some of the different types of injuries and what you can do to hopefully reduce your risk of being hamstrung in the future.

So what are hamstrings…? The hamstrings are the group of muscles at the back of your thigh that drive knee flexion (bending your knee) and hip extension (bringing your leg behind you). The picture below shows them in isolation … 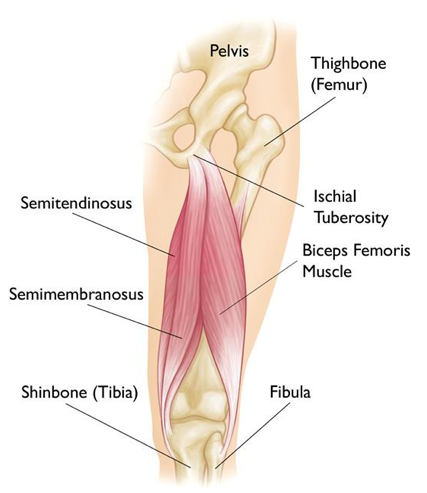 There are three muscles that make up the hamstrings, The semimembranosus and semi tendinosus attach to the ischial tuberosity (fancy words for the bones that you sit on) and attach onto your tibia (shin) on the inside of your knee. The biceps femoris, which has two parts starts at the ischial tuberosity and the middle of your femur (thigh bone) and attaches onto your tibia on the outside of your knee.

This photo, which is rather impressive, shows the hamstrings in the flesh in all their glory … 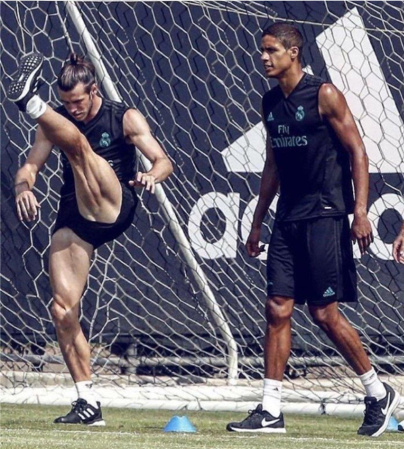 Injuries to the hamstring muscles are many and varied and now we will discuss the common presentations we see at Mitcham Rehab and Marion Sports Physio.

If you keep an eye on Australia’s favourite sport, the AFL, you will see multiple athletes go down in flames with hamstring strain injuries each and every week. In fact, hamstring strains are the most common injury that occurs in the AFL. It is also the most common injury  in Soccer and many other sports that involve sprinting, kicking and changes of direction. It has been estimated that hamstring strain injuries cost ALF clubs approximately $1.5 million dollars in lost game time in the 2009 season. That’s an expensive rehab program!

Many smart and powerful minds in research around the world are looking for ways to decrease time lost to this injury and also prevent initial injuries and recurrent strains. The jury is still out but there are a number of things you can do to try and stay away from the dreaded hamstring strain.

Keep Your Hamstrings Long and Strong

Some of the best evidence coming out from the hamstring research groups is suggesting that in order to prevent hamstring strains, you need to keep your hamstrings long and strong!

Within each muscle is a bundle of muscle fibres. Each of these muscle fibres is called a fascicle. Confused? Check the photo out below, 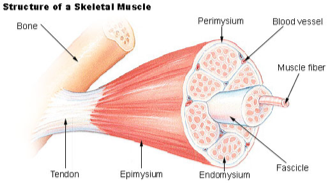 One of the keys to hamstring rehabilitation and prevention involves doing eccentric muscle strength work. In simple terms, this means doing exercises for your hamstrings where the muscle lengthens as it contracts. One of the most popular and effective exercises is the Nordic hamstring curl. This exercise involves lowering your body towards the ground from a kneeling position. There are a number of variations that can be done depending on your ability.

Here is a beginner type example with a fit ball …

Good luck with that one!! Perhaps don’t try that one at home!!

As well as eccentric strength it is important to make sure that you have a lot of hamstring flexibility as well as strength in the rest of your legs and trunk. This combined with good quality movement will keep you a long way away from the doom of hamstring injury.

As with the rest of your body, your hamstrings are susceptible to being overloaded with big spikes in training that they are not ready for. Gradually building up the workload on your legs is essential to not fatigue your hamstrings. If they are overloaded then there is some good evidence to suggest that this can be a risk factor for developing a hamstring strain injury.

Of course, there are other types of hamstring injury. The other common presentation we see is proximal hamstring tendinopathy.

As we mentioned, the hamstrings attach via a common tendon to the ischial tuberosity. This type of hamstring tendon injury tends to develop after a bout of unaccustomed activity. It differs from hamstring strain injury in that it is often not something that follows a particular incident.

The pain is commonly a dull ache in the back of the thigh and buttocks and is aggravated by sitting (particularly on hard surfaces) and activities of prolonged use including walking, running and gardening.

The changes to the tendon that occur result in pain, decreased exercise and sitting tolerance and a gradual decrease in the ability to participate in daily activities.

Settle It Down to Build It Up

The first line of management for hamstring tendinopathy is to reduce the aggravating activities and correct any postural habits that are causing pain and aggravation.

This doesn’t mean you do nothing! Sorry! No rest from these Physios! It means you unload the tendon whilst you continue to build strength in the surrounding muscle groups. At this stage you can also address poor movement quality deficits that may also be contributing to your pain.

Nothing Wrong With Getting Strong

One of the cornerstones of tendon based rehabilitation is … you guessed it, EXERCISE!

Isometric exercises (muscles contraction where the muscle stays the same length as it works … think flexing in front of the mirror for your biceps boys!) are the first line exercise to start to get some strength into the tendon. As the tendon settles and the strength builds, movement based strengthening exercises and progressive movement quality exercises are incorporated to gradually return to full pain free function.

So there you have it. Hamstring injuries can be a real pain in the … back of the leg! Whether it is a hamstring strain or proximal hamstring tendinopathy, don’t get all (ham)strung out!!